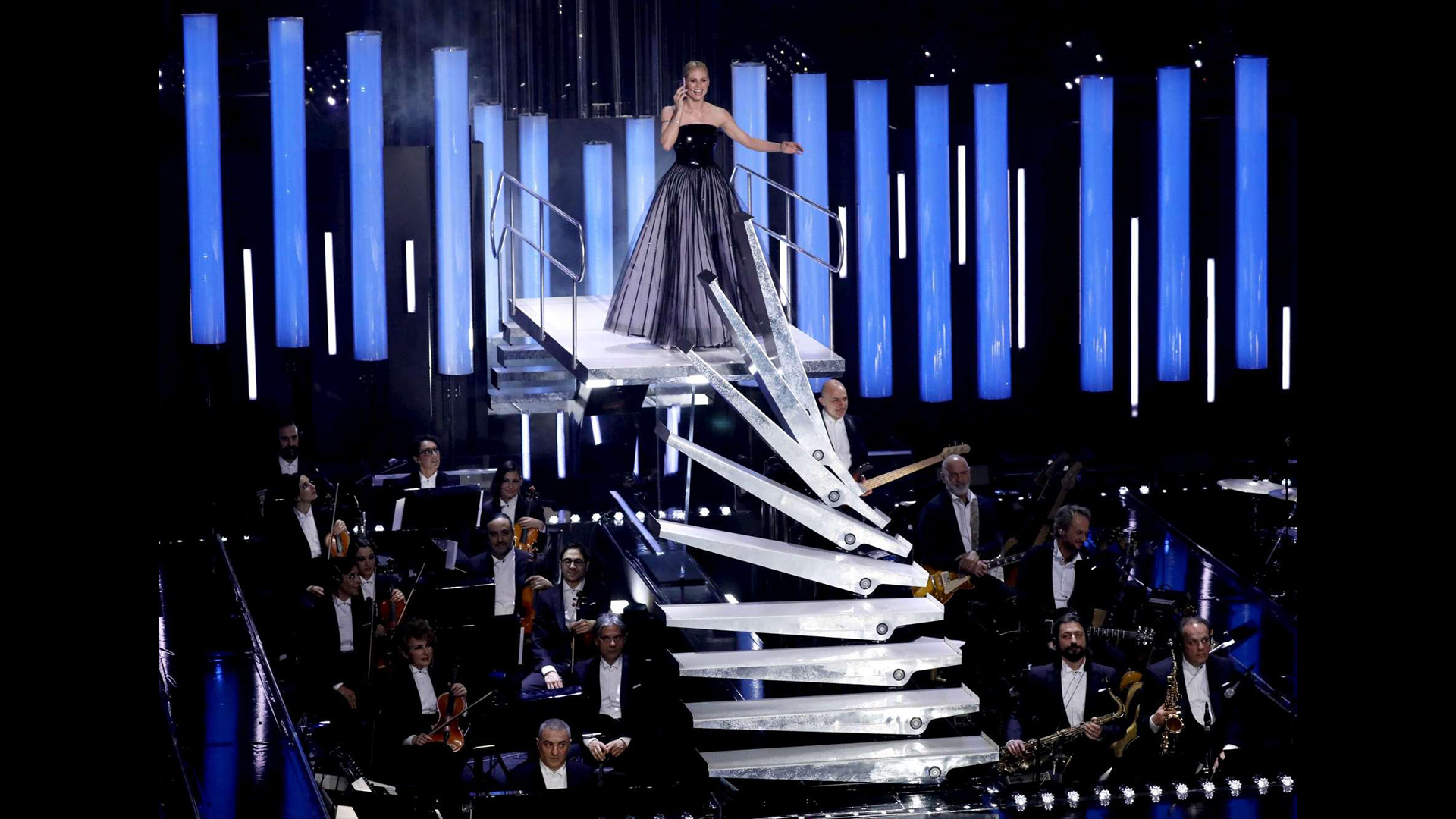 Inspiration is harmony, the result is the magic of a fluid and immaterial stage that continually reconfigures itself in visual suggestions that make this scenography an engaging experience for the viewer. Everything is music. A dance between lights and spectacular kinetic effects. An enlarged and ever-changing stage that, thanks to a motorized and avant-garde theater machine, was able to carry out a spatial revolution at the height of the contemporaneity of the competing sounds.

“The harmonic wave” composed of transparent organ pipes that mechanically float on the orchestra. “The trampoline”, which is the main entrance, as a metaphor for the dream of singing in Sanremo. “La scala” (the stairs) inspired by Esther Williams’ musicals, opens like a choreography of shapes in synchronized and harmonious movement. “The belly of the theater” where the orchestral players are and to whom we owe the credit for the increase in depth of field, “the asymmetrical stage” which gives importance to the conduction and finally “the floating audience” involved in the flow of the show symbolizes the link between music and spectators. 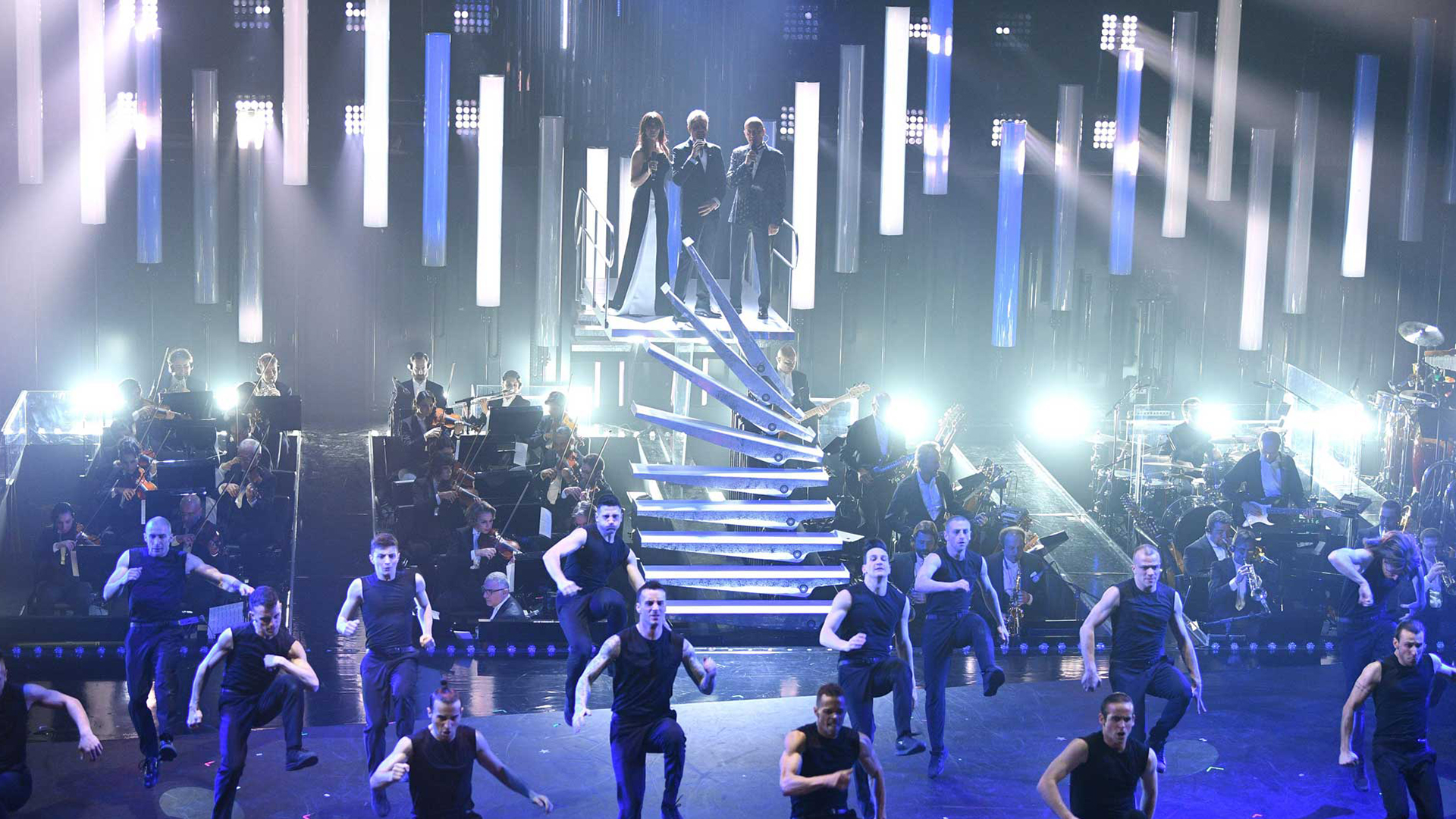 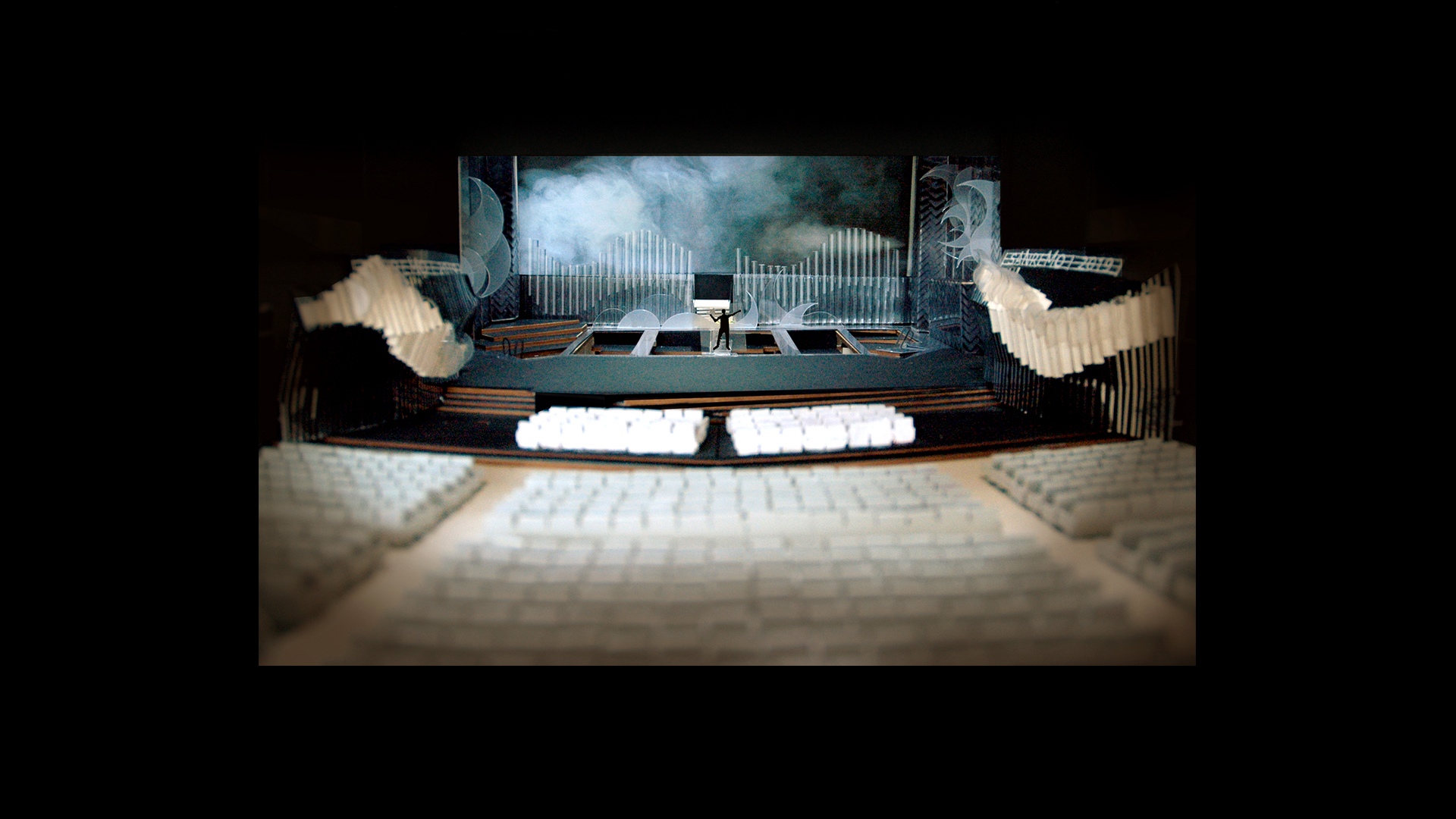 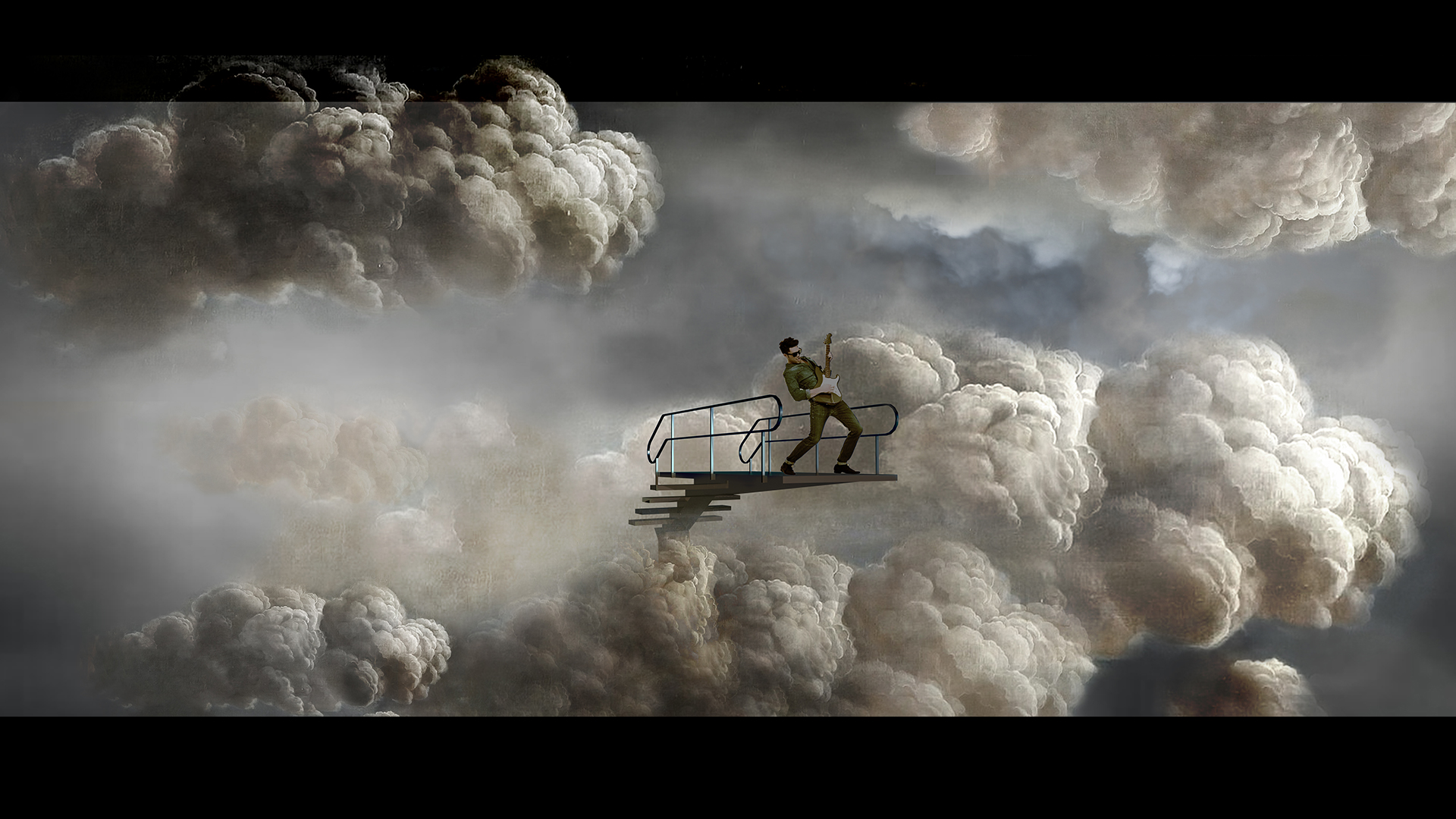 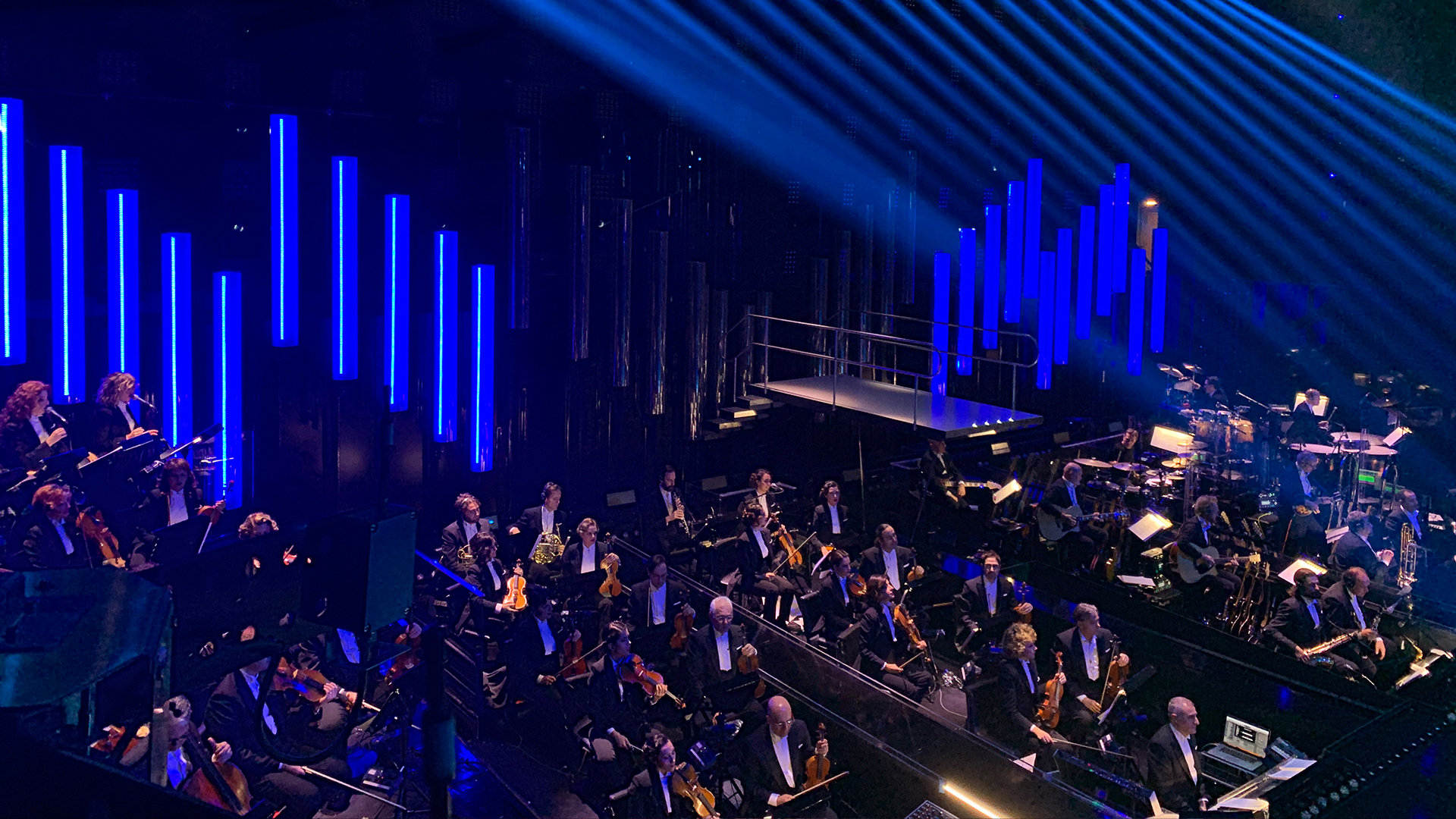 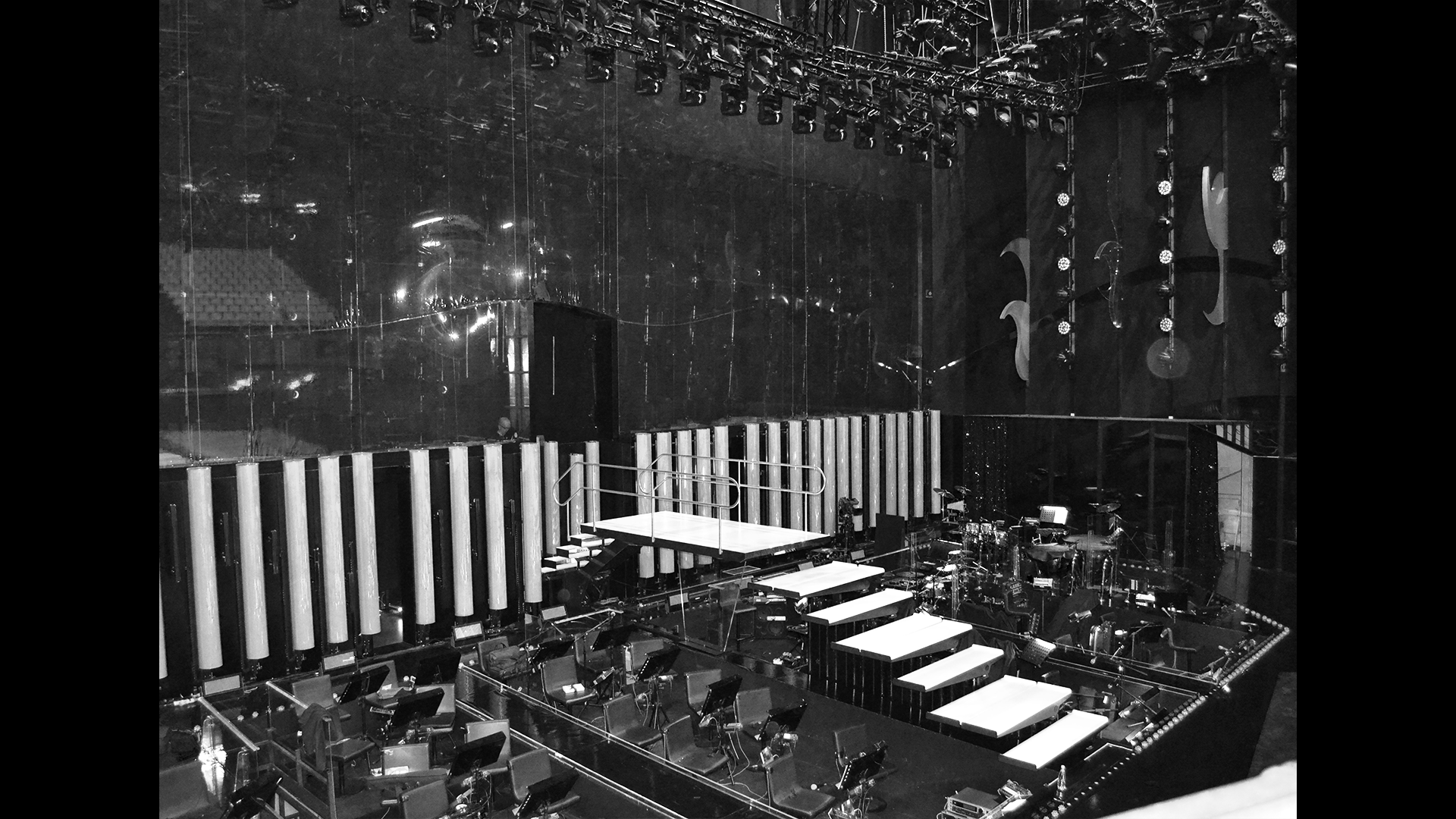 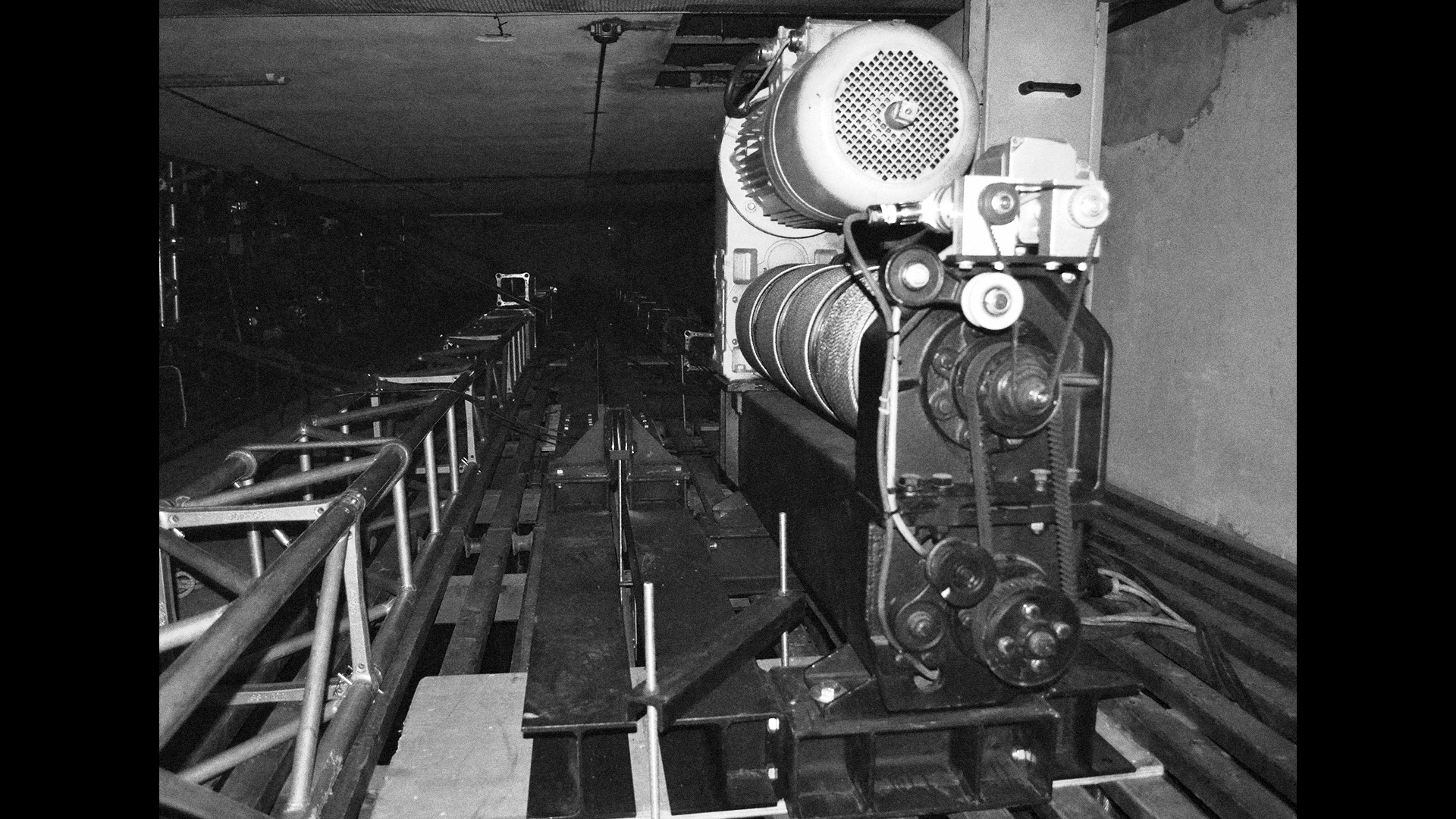 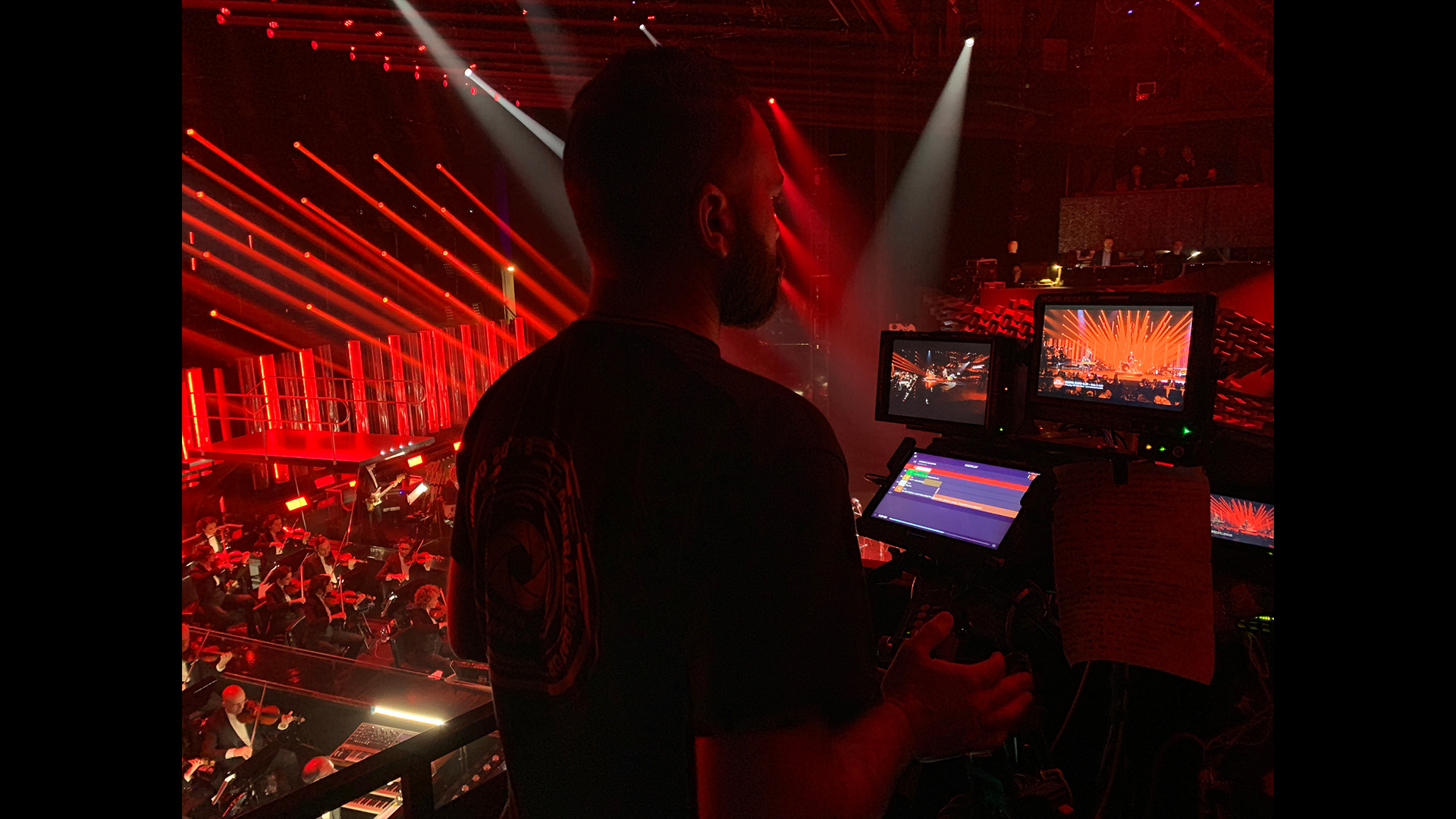 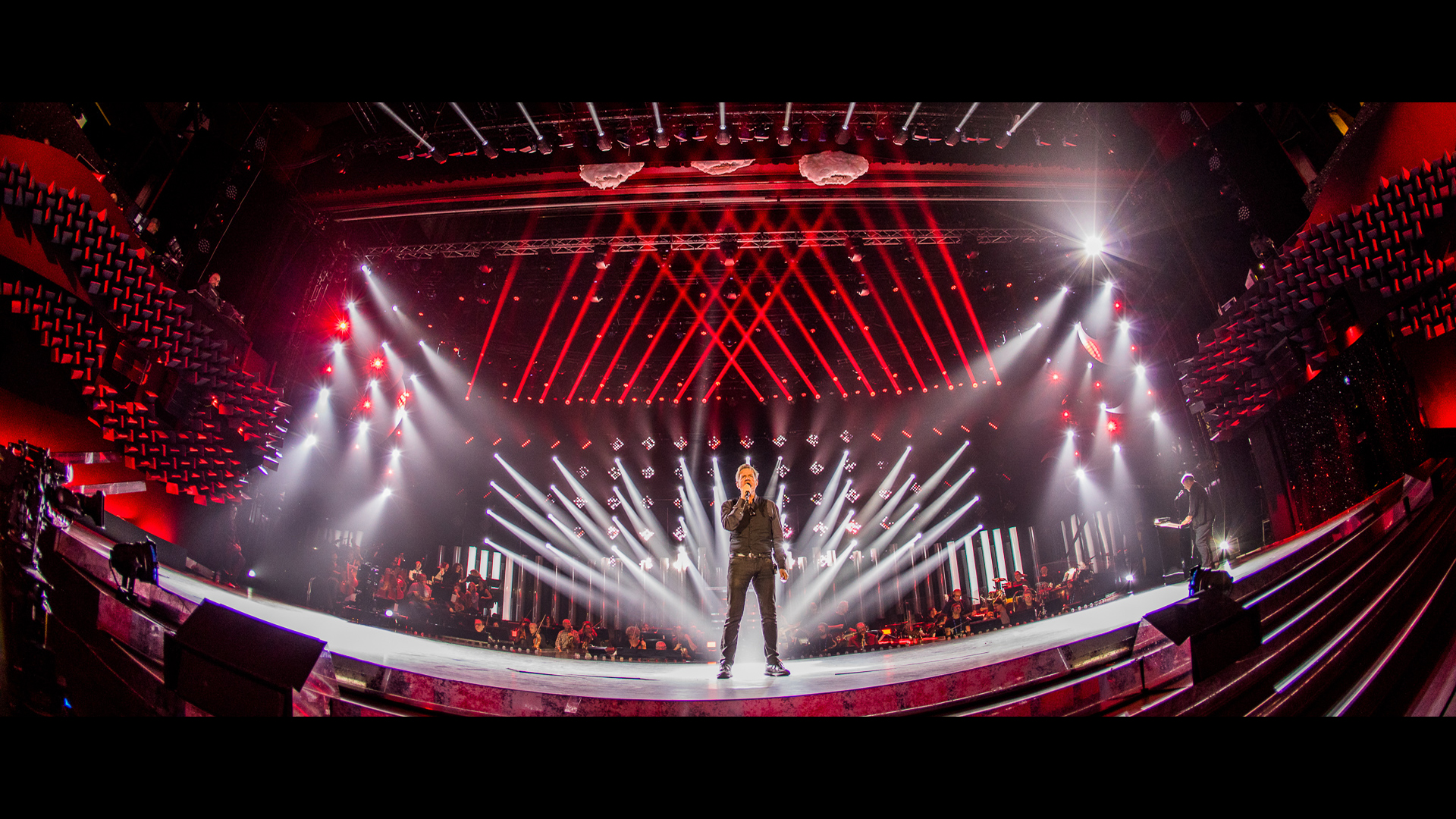 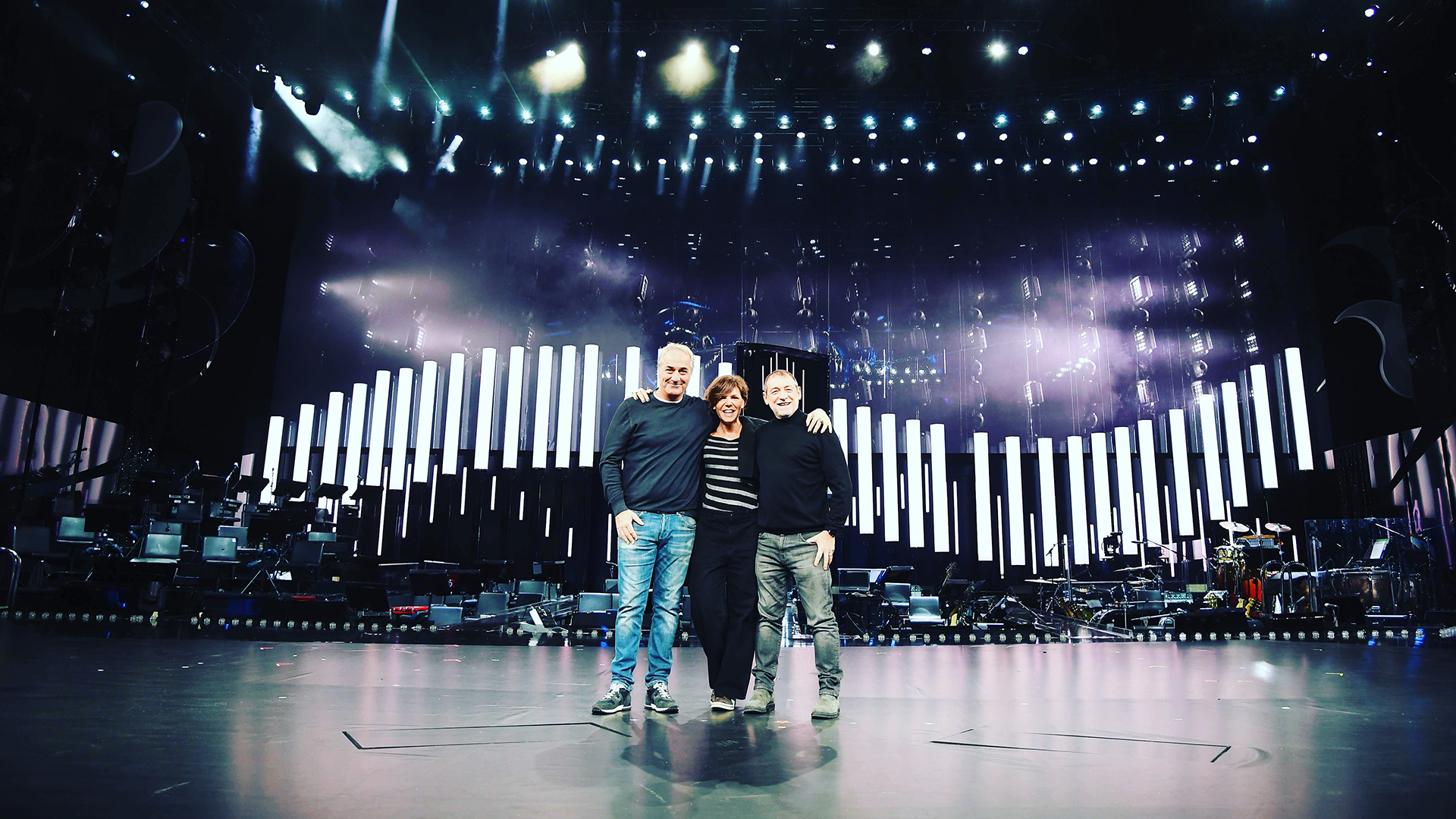